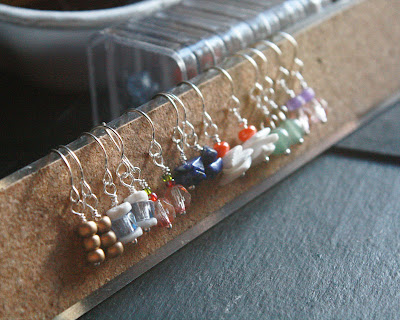 Somewhere between Friday night and Saturday morning our faithful tube TV died. It was 13 years old. As a result I actually got some more things done.

Today is the start of school! Yes, I'm freaking out. I have been freaking out for the last few days. My classes are on Tuesdays and Thursday so I don't really start until tomorrow. I'll be at school all day on Tuesdays because of the messed up public transit system here and because I scheduled myself a night class. I wanted to take either English or Math this semester. Math was full, so...it's as 7-9:50pm class for me. It's only once a week.

Post Picture: The new little Dots earrings I made for one of the sampler boxes. Most of them will also appear in the shop throughout the week.
Posted by becca.elpy 2 comments: 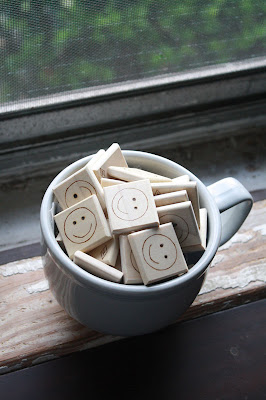 Had orientation for school yesterday. It was interesting.

Post Picture: A cup full of smiles. The result of my week-long burning session. They will be samples.
Posted by becca.elpy No comments: 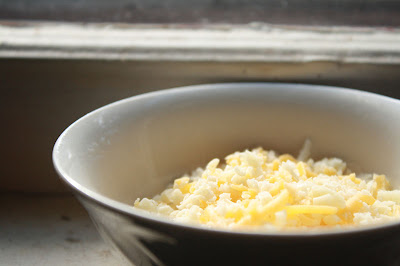 Yesterday I made mac and cheese for dinner. We make it from scratch, shredding the cheese and blending the sauce. The problem: we're a cheese loving family and eat a lot of the shredded cheese before the sauce is made. To quell my insatiable gnoshing, I gave myself a little bowl and saved the rest for the meal, with great success.

It was yummy. :)
Posted by becca.elpy No comments:

Charming! An old money bag made into a wallet. Eco-chic and sturdy. It just makes sense. :D 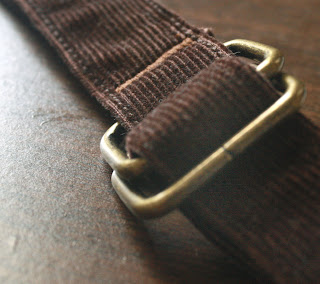 I'd gotten a custom request about a week ago to make a fanny pack/bum bag based on my wristlet design. Thrilled, I brought out my fabrics and got to work. That was my project for the weekend and...I finished it! It's very much like the Westies, but about an inch wider with darts to make it a bit more pouch-y. I hope she likes it. I'd take a picture of me wearing it...but she's a tiny person. I gave it about 6 inches of play in the strap and it still doesn't really fit me. hehe.

I'm also going to be contributing some small things to Little Black Boxes next month and hopefully the Sampler in October. Really had slacked this year in regards to elpy, taking more time to do some 'self development'. I'm trying to gear up for the holidays...I have hope.

Also, check out this stop-motion video my littlest brother made. (I say littlest, but he's a teenager and taller than me.) Dear bro2, aspiring movie-maker methinks.

Hope you had a great weekend!
Posted by becca.elpy No comments: 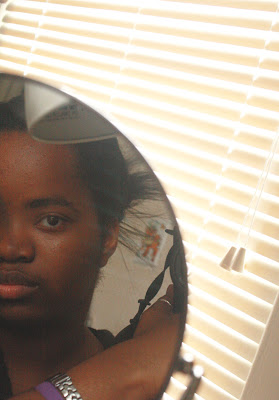 This is my 500th post here. In case the title didn't give that away. I can't believe I've been doing this for that long. Couldn't decide if I should go fun or nostalgic with this post...which seems just a little more epic than previous 100s. I mean, that's halfway to 1000.

I love my blog. Is that narcissistic? I mean I love being able to go back and read past entries...and really feel like I'm going back, because, hey! I remember posting that. Sometimes I smile. Sometimes I get a little sad. Lots of ups and downs chronicled here. Fun things and serious changes. (Did you notice the layout is different? Slowly hacking the blogger code. Not done yet.)

Guess I'm going nostalgic. Hehe. This is my fave post all time, about ketchup and insomnia.

I happened upon this new shop a few days ago. The bold colors and sweet little birdies drew me in. I'm a fan. Are you? 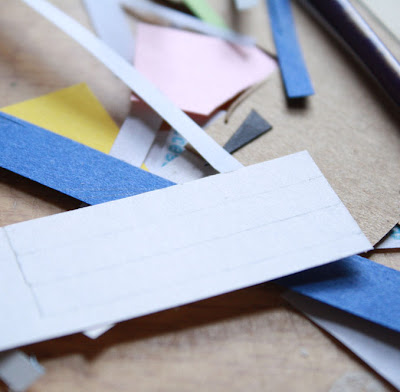 My secret project is done!

I may post more in detail the different steps involved in creating this little 30-second piece. I'd done some backstage work in theater, so I had a clue about how much work goes into making a production. It turned out to be a tiny clue.

Each set piece was designed and created by me, inspired by various Etsy friends. I wanted to give up several times. I wanted to cry, I wanted to scream, I giggled and laughed...and sweated. (Studio lights, even for something this small, are still really hot?) I learned a lot, I pushed myself and now, I'm pretty proud.

Watch it and enjoy! You can leave a comment here or on this blog entry, if you so desire.
Posted by becca.elpy 2 comments:

Oh, how funky glam! Most 80s fashion rather horrifies me, but these jewels, inspired by that time, are so cool.

from modcloth, my new hang-up.

Still trying to think of a name for this. I like helping people, so I post sales from Etsy folks and other smaller companies as I find them.

Sample Sale at Prismera- August 2nd- 8th. Some of designer Laura Su's gorgeous jewelry up to 80% off with some further discounts on orders over $20.


Back to School Sale on Threadless- Thru August 17th. Threadless is my new hang up. Goodness, their tees are super-comfy. All on sale starting at just $8.

I love this because I'm always thinking. Always. A fact you may well know if you're a frequenter of this blog, hehe. 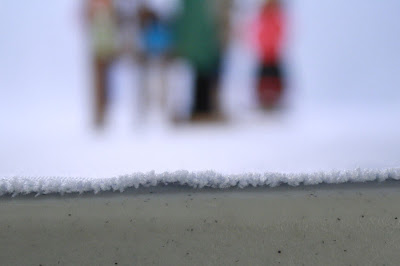 Phase two has been completed mostly. I have tons of pictures from that...because that was phase two was. Now comes phase three. Hopefully, I'll be able to share my project with you at the end of the week...that will be phase four.

Because of that hope/goal, a set of church events this weekend, and because of the other big news: I'M GOING BACK TO SCHOOL!!! (provided my old pediatrician has proof I've had all my shots)- I won't be on Twitter much. But I'll post here, and Flickr and Etsy. This week will be crazy busy.

Hope you all had a great weekend. Here's to a crazy busy week!
:)

Post Picture: One of the last shots of phase two...that I could share. Tripods are very handy items. So are parents. hehe
Posted by becca.elpy No comments: