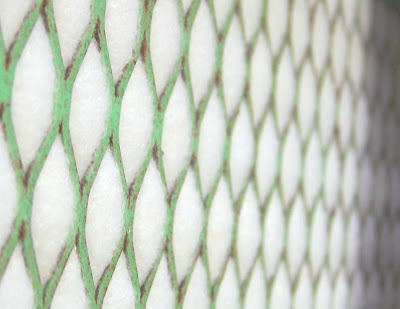 Starting tomorrow I won't be able to blog and do anything on the internet from 8am-4pm everyday except Sunday. I will most likely be situated in a room with few/no windows, in a building, sorting mail. That's right, I got a job. I'm less than thrilled, but not as anxious, in the bad way, as I could be. It's a change. I hope I can adjust.

I also left a huge thing behind in March. I don't think it'll ever totally go away, I'm 97% positive it won't. It's a part of me. But I can't take the stress of hoping for it and having nothing happen. It's another change.

So today is the suspension bridge between where I was and where I'm going. I chose a path, made a turn, whatever you want to say. There were a lot of decisions, looking back, a lot of things indecisive me had to choose. I think I chose well, so far I regret none of it...which was a fear of mine. I keep hoping that one day, it'll all be worth it.

Post Picture: Around my house but you'll prolly never guess where. hehe.
Posted by becca.elpy 2 comments: