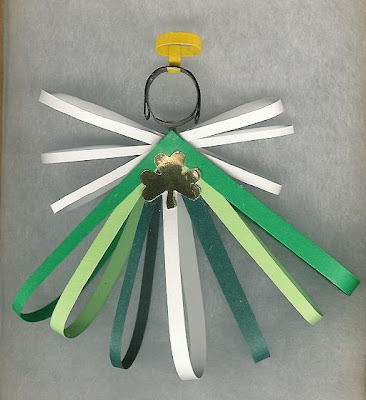 Something happened that changed my perspective. A question was posed on Etsy forums: If you didn't sell would you stop creating? Well, you may know of my business trials, but I haven't let that stop me. I've pushed myself and come up with new things. And I realized:

I'm thankful that I didn't sell like a house afire right from the get-go on Etsy. Looking back, a lot of those first things I listed and have since expired were not 'good'. They were well-made. But if I had stayed there, reproducing those as they sold, oh the things I'd have never discovered.

I made the switch to mostly macrame because I saw even then, back in 2006, that beaded jewelry was extremely popular. At that time Etsy only had about 25000 jewelry items. I wanted to stand out. I came up with the technique using wire. I started using colored threads. I played around with shapes, angles and lines.

I added wristlets on a whim, finding a piece of a jacket that I never finished. I tweaked that piece, making it bigger, wider. I cut up an old shirt of my mom's to line it, made up the pattern as I went along. I ended up keeping that 'first draft'. The ones listed now are much better.

The magnets were started when I found a doodle I'd drawn in my Bible. That 'first draft' as well, I kept. And the whole woodburning thing has spiraled into what could be an artform for me. Line art, handdrawn. It's me.

Would I have done this if I had sold like crazy right from the get-go? I don't think so. I wouldn't have had time. Instead, I've gone through the slumps and the funks, finding my style, creating a brand that reflects me: a person who loves lines, angles, shapes, colors and words, (courtesy of Sesame Street) reworking tradition, not going with the crowd.

elpy has grown with me. How fitting that as I'm trying in non-business ways to get out on my own to a degree, I'm also looking to move elpy on to places beyond Etsy. I know it says that I started in 2006 and I've told people that. But it really feels like it was reborn this year, this summer. I'm thankful.

Post Picture: First item I sold on Etsy way back in March of '06.
Posted by becca.elpy No comments: