of men and zombies 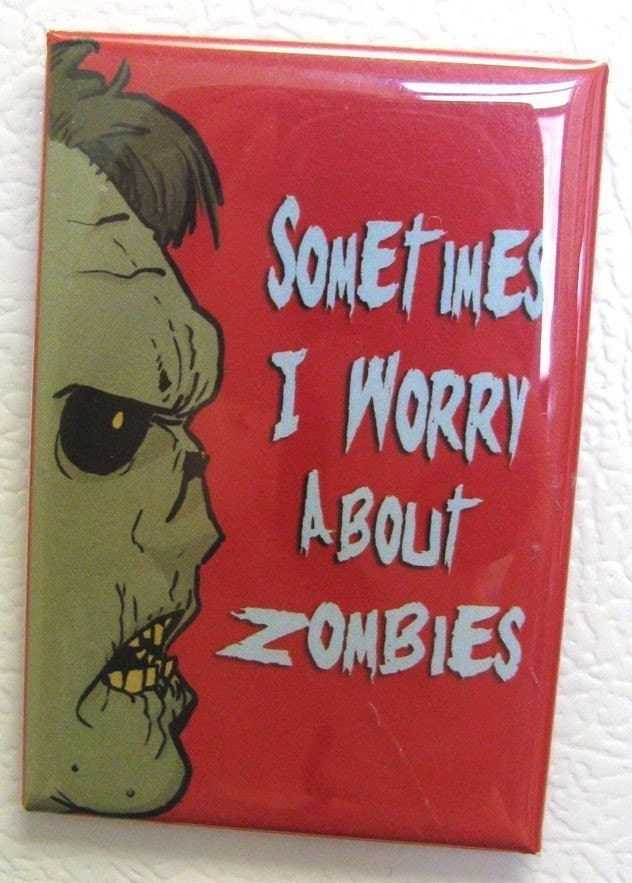 Bro1 and I spent an evening with friends. During the course of the night the talk turned to how the group assembled would survive in the event of a zombie apocalypse. On the way back home, Bro1 brought up how we thought a certain friend, who'd been absent from this meeting but was part of the group, would fare with "The Council's" decision about her tasks in our "compound".

To which I said:

There's no way that she would agree to "The Council's" idea of making all the women breeders and cooks (so were the words of two-thirds of the self-appointed council. democracy, say what?). She would very likely take the zombie antidote that D made up, go out and bite people, turn them into the zombies and lure them back to the compound and into the zombie traps set out to get specimens for their basement experiments.