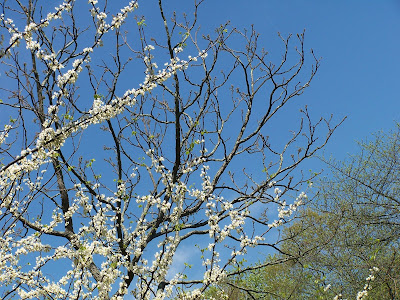 So I rushed to get on the computer after whatever sordid show I was watching went off. I think it was a rerun of Brothers and Sisters. I was the 'scandalous' stuff when I'm alone. Anyway, I wanted to wish 'Happy Birthday' to a friend on Facebook. Turns out her birthday is tomorrow...which at the moment is a stunning 15+ minutes.

I sat in the redecorated sunroom (it's sounds more glorious than it is) suffocating in the smell of new and thought I'd post a little something.

I'm stalking some things on eBay. They call it 'watching'...sounds less threatening again. But really, "I'm stalking you." "I'm watching you." Watching sounds more ominous and nebulous. Oy! See what happens to my mind in the later hours. Anyway, if you're interested, I think have a camera, a mannequin, a flexshaft and some jewelry-making supplies on my list. I stalk a lot with no intent of buying. Or very little.

Made the most scrumptious mac and cheese for dinner for the fam and I today. Yum! I love mac and cheese. (Technically it had rotini in it, too.)

Watched off-road racing on TV with the boys (Bro1&2 and Dad). It was actually a good race complete with the come-from-behind at the very last second...at the least turn, victory. Rather thrilling.

I think I like blogging at night when I'm almost exhausted out of my mind. I'm truer to my own voice then and don't try to write like what I've read or think people want to hear. It's just me, scribbling with the keyboard.

Good night and Happy Memorial Day! Er, do we say that?

Post Picture: Lover-ly pic from last year of some flowering and leafy branches. We had to get a new printer. It's supposed to be good at printing pics. I'll have to test it out, if only for my own enjoyment. Have a few nice ones I want to put in my room.
Posted by becca.elpy No comments: