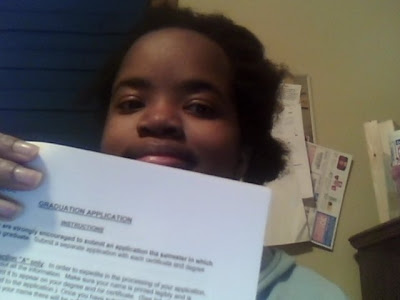 Printed off the app
to apply to graduate.
Here's to May!
Posted by becca.elpy 2 comments: 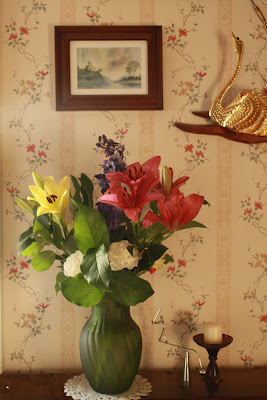 A few days ago my brother came home with flowers for my mom and me. (He bought a bouquet for his girlfriend, too.) 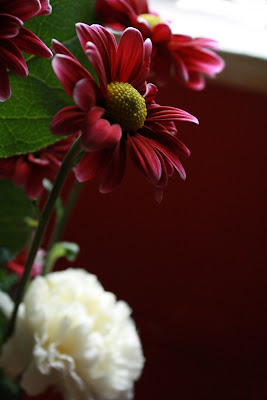 Then over the weekend I made a couple of paper flowers to top a belated wedding present for a friend of the family. 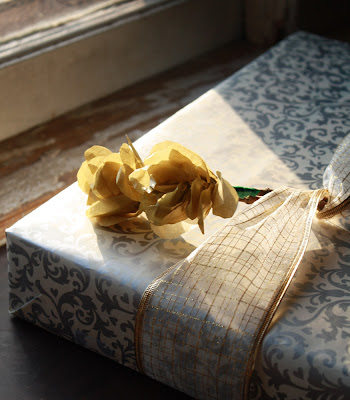 Fake or real, flowers are so nice to photograph. And it was nice to have these colorful touches of spring in the house.
Posted by becca.elpy No comments: 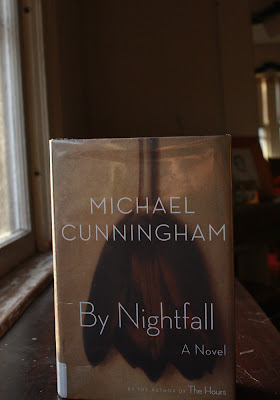 Labels: by its cover 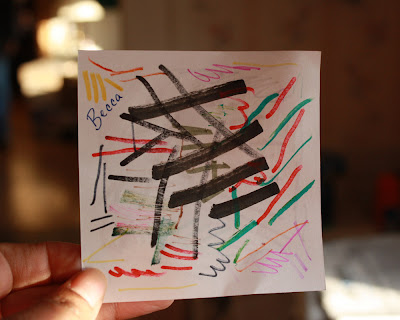 Just a little piece of note paper with mostly indecipherable scribbles on it.

You could say this is plagiarism. Though my name is signed to this it was actually my mom who did all the other 'work'. We were testing old markers, looking for the proper pen for a project as yet undefined. Most of the markers met their death on this piece of paper. So I had to memorialize it with a picture.
Posted by becca.elpy No comments:

Yesterday I wrote that I like even-numbered years (or just about anything that's even-numbered). I think I also like when the year begins on a Sunday, the beginning of a week. It feels so fresh.

I spent it doing some of the things that I hope to continue working on and working out during the year. 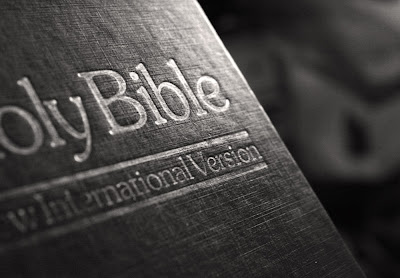 Started the day at church. 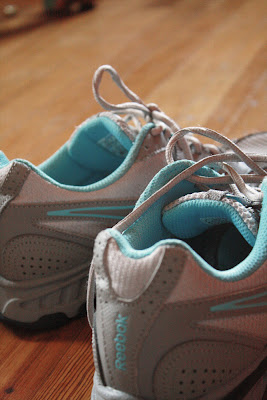 Went for a walk afterwards. It was 50 degrees, gorgeous by Connecticut standards.
Thank you, random dude at the track who complimented me for completing jogging a lap. Rather made my day. 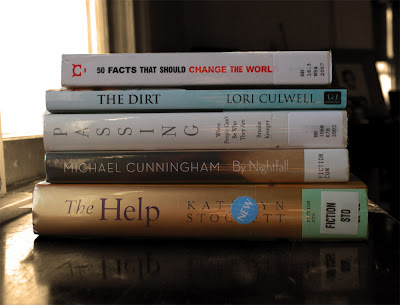 Some of the books I'm reading, have read or about to read over semester break. 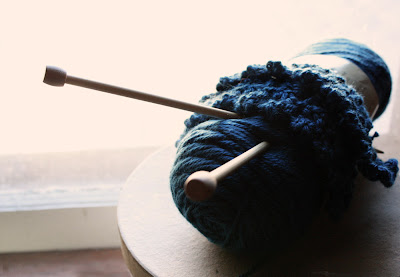 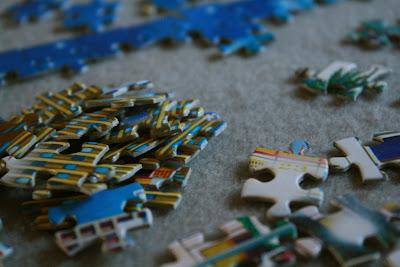 Hobby'd it up a bit. I made nachos for dinner. They were delicious. Where has this idea been all my life? Why didn't I take a pic of that? I remade a pair of earrings that Mom received after a friend of hers passed. Then we watched the rerun of Downton Abbey Season 2 air in the US next week! Must avoid all spoilers.

Still trying to sort out a plan for the year, a goal or two. I imagined a lot, about the opportunities that the year may hold. But this day, this first day, was full of quiet busyness and contented sighs. It was lovely.
Posted by becca.elpy 1 comment: 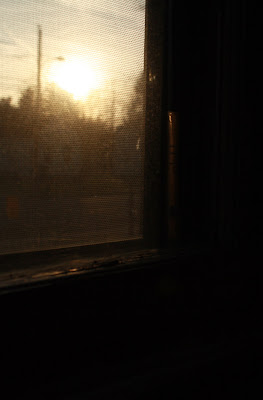 I like even-numbered years. Today was rather lovely.
More on this first day of the year in a bit.
Posted by becca.elpy No comments: