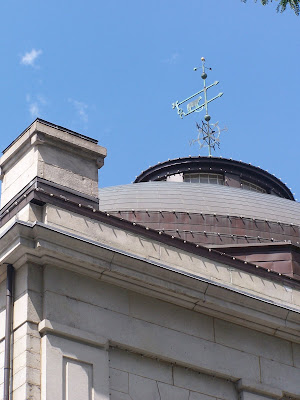 I apologize for my lack of posting. I've been busy with work and prepping for the craft show in Oct and finding something to wear to the quince that I made the favors for. I also have 3 off-Etsy custom requests, one that I've been wrongfully neglecting. Just busy, busy, busy. :)

The super huge awesome news is that in November I'm going to be doing a show in New Jersey. An out-of-state show! I was invited! I found about the show from an Etsyan on Twitter. I added myself to the mailing list with the intention of applying next year since the app deadline had passed for this year and I'm generally still uber-tentative about a lot of show things. The coordinator emailed me late last week saying that one of the vendors had to drop out. She'd looked at my site and liked my items so she wondered if I'd like to take that spot. I said, yes! *gasp*

So I'm very excited. I'm trying to remember not to overlook prepping for October. I'm also going back to the farmer's markets, at least for one more week. With the shows coming, I don't want to have to keep remaking what sells at the markets in addition to making new things to be well-stocked. I don't want to shoot myself in the foot; the Thursday market in particular has been a wonderful thing. Betwixt and between.

I'll try to write more often. I think I needed a break. My stint as guest blogger is over as well. But I liked it. So maybe I'll do features here or find another blog to guest post on. I'm embracing this artist/designer thing a little more everyday. I like it.

Post Picture: Another from my June trip to Boston. I'm tellin' ya, I took about 200 pics.
Posted by becca.elpy No comments: