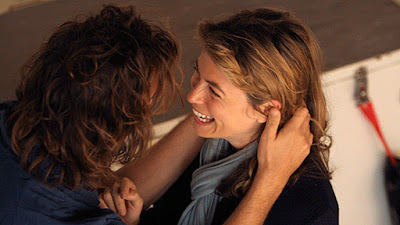 I'm not a 'Lostie' or whatever the uber-fans of the show call themselves. I don't read forums or spend hours thinking about the missing clues. I take it as its written, interpretation was never my forte, and am slowly becoming convinced that this show may go down as a media farce along the line of Y2K...only worse. But they redeemed themselves for a few minutes when they reunited Desmond and Penny in what might be the most anticipated moment in TV history. We only waited four years. It was cheer-worthy.

There was an exceptional fight scene, too. Best I've seen on TV or the movies in my opinion. Bro2 agreed with me...or I agreed with him. And of course there were loose ends galore and whatnot. Death, sacrifice, lapses in judgement, not many answers. But for that brief moment, it was good...very good. Thank you, writers!